Why is Omega 3 Important When You Have Adult ADHD? 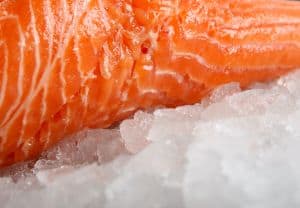 There has been more research on ADHD and Omega 3 than on any other nutrient, and the findings are compelling.

For example, did you know that people with ADHD have less Omega-3 in their bodies than people without ADHD? Low levels of Omega-3 can result in poor attention, lack of focus, working memory issues and mood swings, all of which are very much like ADHD symptoms.

What Exactly is Omega-3?

Omega-3 is an essential fatty acid. They are aptly named ‘essential’ because they are vital for your health.  They keep our brain and nerves working well and are used to build new cells.  Since our bodies cannot produce this type of fat, we need to make a conscious effort to consume it.

The main categories of essential fats are omega-3 and –omega-6. If you are eating a typical western diet, you don’t need to worry about getting enough omega-6. You will already be getting lots from rapeseed soybean and sunflower seed oil.

However, it is much harder to get enough omega-3 without careful planning.

The ratio between omega-6 and omega-3 is also very important.  One hundred years ago, the ratio between the two fats in the average person’s diet were 1:1; now our average ratio is around 20:1, weighted towards omega-6.

There are 3 types of omega-3 fats: Docosahexaenoic acid (DHA), eicosapentaenoic acid (EPA) and alpha-linolenic acid (ALA).

DHA is found in cold water fish, such as salmon, tuna, mackerel and rainbow trout.

EPA is also found in fish; however, the fish don’t produce it; instead they get it from eating algae.

ALA is found mainly in seed oils like flaxseed.  Our bodies then convert it to DHA and EPA.

Do I need to Take a Supplement?

Since Omega-3 has so many benefits when you have ADHD, and because it is quite hard to get enough from your diet alone, taking an omega-3 supplement is a good choice.  Paul Montogomery, researcher at the University of Oxford in England, says that people would be ‘lucky’ to increase their omega levels with diet alone.

When you are choosing a supplement, look for one that has more EPA’s than DHA’s. The ideal would be 3 or 4x EPAs to DHA’s.

Are Omega 3 and fish oil the same thing?

Although some people use the terms ‘Omega 3’ and ‘fish oil’ interchangeably, they are different.

Fish oil is definitely a rich source of Omega 3, but it contains other fats and fatty acids too. That is why it’s important to read the label, to see how much Omega 3 the product contains.

Omega 3 can be found in places besides fish oil, including plants, nuts and seeds.

What About Cod Liver Oil?

Cod liver oil is a fish oil but it isn’t as rich in Omega 3 as other sources of Omega 3. Cod liver oil is taken from the livers of cod fish whereas Omega 3 fish oil comes from the flesh of oily fish like mackerel and salmon. The levels of DHA and EPA are three times lower in cod liver oil than in an Omega 3 supplement. You can learn more about cod liver oil here.

What if I am a vegetarian or vegan?

If you are allergic to fish or are a vegetarian or vegan, it would be natural to think ‘I will get my Omega 3 from plant based foods’ or take a flaxseed supplement that promotes itself as an alternative to fish oil.

The problem is, that just gives you ALA Omega 3 which doesn’t match the super powers that DHD and EPA have for the ADHD brain.

ALA is converted to EPA, which in turn, is converted to DHA. However, our bodies aren’t very good at doing this conversion so you wont’ get enough Omega 3 to experience the benefits. You might even write off Omega 3 as not working for you.

Instead, look for algae-based DHA+EPA supplements. The microscopic algae is (usually) grown in fish-free tanks. It might sound obscure but when you know what you are looking for, it’s fairly easy to locate.

How much Omega 3 should I take for ADHD?

The American Psychiatric Association recommends that people with ‘impulse control disorders’ such as ADHD supplement their diet with at least 1 gram of fish oil a day. They also recommend that everyone eat fish at least twice a week, especially fatty fish like salmon and tuna.

Dr. Edward Hallowell, author of many ADHD books, suggests up to 5 grams a day for adults.

Speak to your doctor about what dose would be best for you, because even though Omega 3 has many helpful benefits, there might be side effects.

Side Effects of Omega 3

Omega-3 supplements are sold at pharmacies, health food stores and on the internet. However,  speak with your doctor before you start to take them.  Like all supplements they have side effects and can change the way your body uses prescribed medication, including any ADHD medication.

Some people find that Omega-3 supplements upset their stomach, give them fish burps,or just generally make them feel off.  To avoid this, start with a low dose and gradually increase to your recommended dose. Take your supplement with your main meal of day. Sometimes the ingredients in the capsules can be the reason why you feel ‘‘off’. In which case, a liquid form of omega-3 might be helpful. The liquid is often flavored, sometimes  with lemon, so that it tastes pleasant when you swallow it.

How Long Does it Take for Omega-3 to Start Work For ADHD?

Research has shown that it takes approximately 4 weeks for improvements to be noticed. However, many of my clients notice differences in as little as a week.

Some people say they haven’t  noticed any improvement and decide to stop taking their omega-3 supplements. It is only after they stopped that they realize that they had been working after all.

Ways to Include Omega-3 Into Your Diet

In addition to taking an Omega 3 supplement, you can include omega-3 into your diet. Here are some ideas.

How do I know I have an Omega 3 deficit?

Some people make an educated guess. If they haven’t been eating the recommended amount of fish and taking an Omega 3 supplement, then they infer that their brains and bodies are low in Omega 3.

There are other ways to know too.

You could ask your doctor to run a fatty acid profile, which is done by a blood test.

Omega 3 is also the first step in my book Untapped Brilliance: How to Reach Your Full Potential as an Adult with ADHD. It outlines 11 steps to managing your ADHD naturally. .

Untapped Brilliance is brilliant! In logical, concrete terms, it shows a person how to get to the gifts wrapped up in ADD and not suffer from the clutter and frustration that holds so many people back. Full of hope and practical wisdom, this book is a treasure