Is There a Stigma Attached to ADHD? 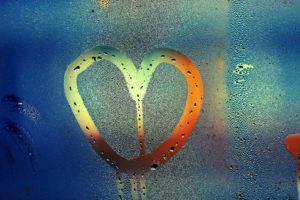 Even though I wish it weren’t true, ADHD is a condition that carries a certain stigma.

The good news is that the stigma is slowly shrinking thanks to research and an increased understanding about the condition.

A stigma is described as ‘something that carries shame, is looked down on, or is not respected or valued.’

How much stigma a person living with ADHD faces, depends on the country they live in and how open-minded the people around them are.
Some countries are reluctant to recognize ADHD in adults. This means it is hard to find the appropriate health professionals and get accommodations in the workplace or universities. It also means the general public is less inclined to take ADHD seriously.

Although things are better in countries where adult ADHD is recognized, misconceptions about ADHD and stereotypes continue.

Five reasons there is a stigma around ADHD.

ADHD isn’t an easy condition to understand because it varies with each person. An inattentive child will behave differently to her hyperactive brother, and both siblings could face different challenges from their ADHD Mom or Dad.

ADHD symptoms also vary depending on the activity you are doing, the environment you are in and who you are with. For example, you can read for hours on a topic that interests you, but you can’t make yourself open a letter from the government.

The Diagnostic and Statistical Manual of Mental Disorders, Fifth Edition (DSM-5) acknowledges that ADHD symptoms vary with age and settings. However, the general public expects consistency.

The variety in ADHD symptoms is often interpreted to the lay observer as the ADHDer is ‘making it up’ when it’s convenient for them. Which of course isn’t true.

2. Moral Judgement
There is a lot of moral judgement around ADHD symptoms. Classic ADHD behavior like low motivation, problems following through, procrastination or having clutter are a result of differences in the brain. However, in the general population, these behaviors are typically interpreted negatively such as signs of weakness in character, not trying hard enough, laziness or not caring.

3. Symptoms Aren’t Unique to ADHD
The symptoms of ADHD aren’t unique to ADHDers. After all, everyone has experienced procrastination or difficulty concentrating at some point, which is why people say dismissive comments like, ‘Oh, I must have ADHD too then.’ However, just because ADHD includes some relatable symptoms, it doesn’t mean everyone has ADHD.

A person living with ADHD experiences more of these characteristics and to a much greater extent, so much so that it affects their ability to perform up to their potential.

4. ADHD Meds
The most common medication prescribed to help treat ADHD are stimulants. Unfortunately, there is a stigma around these too! The topic of ADHD meds can be inflammatory. People who don’t have ADHD and have done little or no research tend to have strong opinions and loud voices.
Adults with ADHD usually put a lot of time and careful thought into their decision to take medication… or not. They know that stimulant medications don’t make them ‘high’ and that if you have ADHD, you don’t automatically have to take medication.

5. Incorrect Stereotypes
ADHD has some strong stereotypes around it, for example, ADHD disappears in adulthood, or that only boys have it. This is why it’s helpful when celebrities share their ADHD diagnosis. It normalizes ADHD and helps to shift negative stereotypes often held by the general public.

What Can You Do?

The big danger with ADHD and its stigma is that you personalize it and start to think those incorrect beliefs around it are true. They aren’t.

The best way to dispel myths is with facts. When you know your facts about ADHD, you feel empowered and aren’t shaken by other people’s thoughts and opinions. Facts also help lessen any shame you might be feeling.

If you hear false or hurtful comments about ADHD, you can correct them. You don’t need to mention you have ADHD. An important caveat is that your mental energy for this can vary on any given day. If you are having a bad day and you just don’t have the energy to correct the speaker, that is O.K.

Connect with like-minded ADHDers! It really helps to meet people that are just like you, because it helps you to feel accepted just the way you are. If you aren’t sure where to do that locally, Join us in The Untapped Brilliance Club>> https://www.facebook.com/groups/untappedbrillianceclub/

What has your experience been with ADHD and stigma?