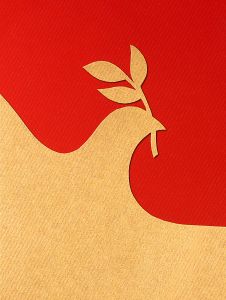 Are you wondering if you have ADHD or PTSD or possibly both?

Post-Traumatic Stress Disorder is one of the conditions that appear in similar ways to ADHD. They can also camouflage each other; making it hard to discern what is ADHD and what is PTSD.

Here is some information about the similarities and differences of ADHD and PTSD, so you can untangle the 2 conditions.

What ADHD and PTSD have in common

Both have 4 letter acronyms

Widespread misconceptions about who has the condition

There are a lot of misconceptions about who has the conditions.

The general population know that children can have ADHD; particularly boys. However, not everyone knows that adults have ADHD too.

People know soldiers get PTSD. However, they often don’t realize that all types of situations can cause PTSD. PTSD affects people of all ages including children.

Although the current names we use to describe ADHD and PTSD are relatively new, the conditions themselves have been around for centuries. Here are a few of the terms used over the years…some are a little offensive!

There are some similar characteristics in both ADHD and PTSD, (although the underlying reasons for these behaviours are different), which is why they can be confused. For example:

are all symptoms of ADHD and PTSD.

Where ADHD and PTSD are different

PTSD
A form of anxiety that occurs after a traumatic event.

ADHD
While the exact cause is still unknown, differences in the brains of people with ADHD compared to non ADDers, have been found in three areas: anatomical, chemical, and functional.

While there are many seemingly similar symptoms of ADHD and PTSD, someone with PTSD can also experience:

Differences between the ‘similar symptoms’

The similar symptoms between ADHD and PTSD might look the same to the casual observer. However, the causes are different.

Inattention and hyperactivity are 2 central characteristics of the ADHD combined type. However, for someone with PTSD, inattention could be due to the person having a flashback, hypervigilance or trying to ward off stimuli. Impulsivity, anger, poor memory and concentration, lack of sleep, could actually be due to Hyperarousal (a term to describe a cluster of PTSD symptoms).

There are differences between how ADHD and PTSD is treated.

For PTSD, trauma-focused cognitive behaviour therapy is exceptional helpful. Medication may be prescribed for secondary symptoms like depression. EMDR (Eye Movement Desensitization and Reprocessing) and relaxation techniques are very helpful too.

Whether you have ADHD, PTSD, or both, don’t suffer in silence. There are so much that can be done to help you!

One final note: An ADHD diagnosis does not routinely involve an evaluation of trauma history. So if you think there is even a remote chance you have PTSD, definitely mention it to your medical professional.