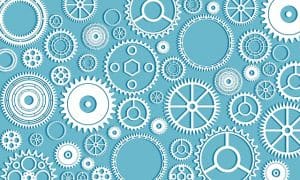 In a word, YES! I know ADHD is real because I see adults with ADHD every day and know deeply their struggles and challenges.

However, there are a lot of skeptics in this world who wouldn’t just take my word.

Luckily, researchers have been busy in the past few decades compiling hard evidence, to show that ADHD is real, and NOT ‘made up modern disease’.

The evidence that has been gathered shows that genetic, biological, and environmental factors all play a role in ADD.

Genetic studies found that there is a strong genetic component to ADD. For example, if one member of the family has ADD there is a high probability at least one other member also has it.

It is thought that genes DAT1 (dopamine transporter) and DRD4 (dopamine receptor) are involved. However, a child can inherit ADHD genes and not have ADHD. This is because a combination of both genes and the environment determines if the ADHD genes are activated.

The biological factors include differences in the ADHD brain compared to the non ADHD brain.

Anatomical differences: differences in the size and function of the corpus callossum which connects the left and right cerebral hemispheres and mediates communication between the two.

Also, irregularities found in the basal ganglia (which are associated with motor control, cognition
and learning).

Functional differences:
Brain functioning differences in people with ADHD have been found in the frontal lobes, limbic system and parietal lobe.

Environmental factors also play a part. These non-genetic factors  included anything that will effect brain development  from prenatal to childhood. For example, low birth weight, brain injury, prenatal contact with alcohol, lack of oxygen at birth, etc. The biggest environmental factor influencing the expression of ADHD is maternal smoking.

Researchers have also been able to identify that sugar, food, food additives and allergies do NOT cause ADD. Nor is ADD caused by parenting style or a busy life style.

To conclude, there is lots of evidence to show that ADHD is real.