Cod Liver Oil vs. Omega 3 Fish Oil, Which Is Best When You Have ADHD 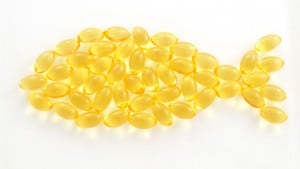 When I suggest someone with ADHD take Omega 3, a common response is, ‘That’s fish oil right? Can I take cod liver oil instead?’

My standard reply is, ‘You could, but it’s not as good’.

As its name suggests, cod liver oil is taken from the livers of cod fish. The collected liver oil is high in vitamins A and D. This oil has a lower concentration of Omega 3 than in Omega 3 fish oil.

Omega 3 is fish oil is taken from the flesh of oily fish like mackerel, herring and salmon. Because the oil comes from the flesh, not the liver, they have 3 times the amount of DHA and EPA. Docosahexaenoic acid (DHA) and Eicosapentaenoic acid (EPA) are the long chain omega-3 that have the important health benefits. Vitamin A and D are not found in this oil.

You’ve probably heard horror stories from your Grandma about how she was made to take cod liver oil on a spoon when she was young. Even though that doesn’t sound pleasant cod liver oil is not really bad. In fact, if nothing else was available, it would make a good plan B. However, as an adult with ADHD, increasing the amount of EPA and DHA is a great way to help your ADHD. They improve your memory, focus, concentration and happiness levels, which is why Omega 3 fish oil should always be your first choice.