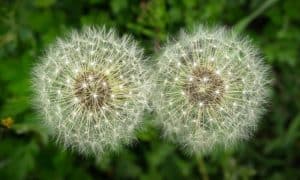 Great question! The answer is yes…and  no.

‘No it’s not possible to have both ADD and ADHD.’

If someone told you,  ‘I have Chickenpox and Chickenpox,’ it would sound strange because they are telling you something twice.

The same is true if you say,  ‘I have ADD and ADHD’ because they are two names for the same condition.

Why Are There Two Names?

The confusion comes from the fact that the condition we now call ADHD has had many names over the years. Here are a few examples….some are a little offensive to our modern ears.

ADD was the official name for the condition from 1980-1987, and many people still use  ADD to describe Inattentive ADHD.

In 1987, ADHD became the new official name. As with many things, there were pros and cons to this name. A pro  is it recognizes that hyperactivity is an important component of the condition. A con is it  alienated many people who did not identify with the ‘H’.

Thirty years later ADHD is  frequently used to describe someone who has both hyperactivity and impulsivity.

Yes, It Is Possible to Have Both ADD and ADHD.

If we go by the premise above that ADD refers to inattention and ADHD refers to hyperactivity, then it is possible to have both. However, using today’s terminology you would have ‘ADHD combined ’ or more accurately ’Attention-Deficit/Hyperactivity Disorder, Combined Presentation.’

In May 2013, the most recent DSM was published, DSM-5. The Diagnostic and Statistical Manual of Mental Disorders is the gold standard for doctors and mental health professionals when they are assessing and diagnosing all mental health conditions. With each publication the diagnosis criteria for ADHD and its official name of has changed slightly to reflect the new research and understanding of the condition.

Here are the different types of ADHD:

The term presentation (rather than subtypes) is used to acknowledge that ADHD is not a fixed condition. It changes with age and situations.

ADHD combined is the most common type of ADHD and the most researched.

The DSM-5 provides the criteria that clinicians use when assessing a patient for ADHD.

Also, they must meet the following criteria:

If a person meets the criteria above, they can be diagnosed with ADHD combined presentation.

Not everyone agrees with the new terminology. Dr. Amen, author of many ADHD books, including Healing ADD: The Breakthrough Program That Allows You to See and Heal the 7 Types of ADD, is quite vocal about his disagreement. He doesn’t agree that hyperactivity should be included in the name when a person just has inattention.

Some people who have been diagnosed with ADHD rebel against using the ‘H’ because they don’t resonate with hyperactivity.  It can be helpful to know that hyperactivity is more diverse than having lots of physical energy. Take a look at this list to see some ways in which hyperactivity can appear in your life as an adult.

Even if you don’t like the official terms and choose not to use them,  it is still helpful to know what they are,  so that you feel up to date and informed.