How is Adult ADD Different from Adult ADHD? 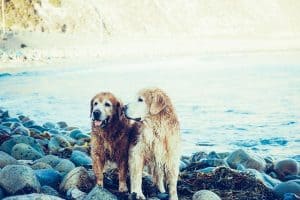 I have adult ADD. How does that differ from adult ADHD?

It’s a great question and one that lots of people are curious or confused about.

To answer it fully, we need to break it down into 3 sub questions.

What is The Difference in The Terms ‘ADD’ and ‘ADHD’?

ADD and ADHD are two names for the same condition. The reason why there are two names isn’t to purposely confuse people. It’s because research is being carried out all the time on the condition and as our understanding deepens, the name changes and evolves to reflect this knowledge.

Here is a timeline to show the name changes over the years.

The third edition of the DSM was published and the new official name changed from Hyperkinetic Reaction of Childhood to Attention Deficit Disorder or ADD. Hyperactivity was not regarded as a common symptom at this time

A revised version of the DSM-III was published, and the name changed to ADHD. It was now recognized that hyperactivity was an important part of the condition. However, lots of people felt very alienated by this name as they did not identify with the ‘H’.

The DSM IV changed the official name, which became
AD/HD attention-deficit/hyperactivity disorder. Although it is easy to overlook the slash, it is significant! This is because it means that a person could have one or both subtypes.

In 2013, the most recent DSM was published, DSM-5.
Subtypes are now called presentations. The term presentation was chosen to reflect that we now know that ADHD is not a fixed condition. It changes with age and situations.

What is the Difference Between Inattentive ADHD and Hyperactive-Impulsive ADHD?

A person with Predominantly Inattentive ADHD experiences problems regulating their attention. It’s hard for you focus, but you can be physically still. You might have been able to train yourself to look like you are listening, even when you aren’t. Procrastination, detailed tasks, time keeping can all be a result of having Inattentive ADHD. For a more detailed list of common attentive ADHD behaviors, click here.

A person with Predominantly Hyperactive Impulsive ADHD is characterized by impulsive and hyperactive behavior.

Many adults don’t resonate with the ‘hyperactivity’ of ADHD, as it brings to mind a physically active little boy. However, when they learn about how hyperactivity can present itself as an adult, they have A-HA moments and identify with it more.

For example, they may multi-task+++, yet don’t get much done. Or they feel bored a lot, and then perform activities to relieve that boredom that aren’t necessarily in their best interests. They might often get speeding tickets because they drive much faster than the speed limit.

You can see a more detailed list of hyperactivity behavior in adults (and impulsive behaviors) here.

The most common type of ADHD and the most researched is Combined Presentation, which means you have met the criteria for both inattentive and hyperactive –impulsive forms.

What is the Difference Between Childhood and Adult ADHD?

However, how those characteristics present themselves at different phases of life can vary. For example, hyperactive symptoms often become less visible with age. A child with Hyperactive-Impulsive ADHD might be very physically active, have endless energy, climb trees and always be in motion.

Then in adulthood, that energy shifts and the same person can look physically still to an observer while internally they feel restless. This change is in part due to how ADHD changes with age, how people develop strategies to accommodate social expectations, and how we have more control over our environment with age.

For example, a hyperactive person is more likely to choose a career where they can be physically active and where their energy will be an asset rather than choose a desk job where it would be a burden.

An aspect of the DSM-5 that people appreciate is how it recognizes that symptoms present themselves differently in children and adults. In the past, it was felt adults’ ADHD symptoms were not acknowledged and so they would not be diagnosed.

So there we have it – a detailed look into the difference between adult ADD and Adult ADHD!

It is helpful to understand the official, up-to-date terms as it avoids confusion and helps you feel empowered. The more you understand about ADHD and how it affects you, the better you will be able to treat and manage your symptoms.

Do you have a question you would like answered? Leave a note in the comment section below.