Can’t Start a Task Even Though It’s Really Important? 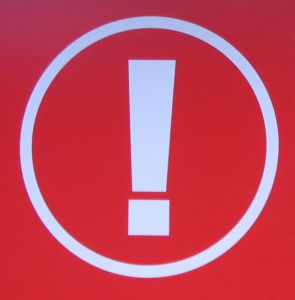 Are you having trouble starting a task even though it’s really important? You aren’t alone. This is a very common issue for adults with ADHD. The most common reasons are: fear of failure, feeling overwhelmed, fear of success, and lack of motivation.

This happens when you feel you aren’t capable of achieving a task, so you don’t want to start. Interestingly this frequently happens when the task is connected to something that is very important to you. You would rather have an unfilled dream with the potential of it working out, than facing the disappointment of taking action and failing.

Sometimes a task seems too overwhelming and that you don’t know where to start. So you don’t. The best way to combat being overwhelmed is to the break the task down into tiny, bite size pieces. Sit down with a piece of paper and write down all the steps you can think of. If a step still seems daunting, break it down further.

When the list is finished, you can check off items when you have completed them. This gives you a sense of accomplishment and will motivate you to continue.

This might sound strange, but it’s more common than you might imagine. A client had one semester until she graduated University. She had a 3.8 average and enjoyed school. However, she didn’t know what she wanted to do afterwards. Her friends were getting jobs, but she was scared about what life would be like in the real world. She was couldn’t bring herself to study for exams or write assignments and had several panic attacks. In the end, she dropped out and went back to live with her parents. This is an extreme case, but it illustrates how scary success can be.

If you find you are fearful of success, focus on what is happening in the moment. For example, you might say, “right now I am sitting in Starbucks with my favourite coffee and access to the internet.” Or “right now I am lying in my comfortable bed, my cats are next to me.” When you are mindful of what is actually happening it stops you worrying about what might happen in the future. And whatever happens in the future you will be able to handle.

ADHD is less about attention and more about motivation (Dr. Barkley). So, if you are struggling to start a task there is a good chance you aren’t motivated by it. As you are reading this you might be thinking “but it’s really important I  SHOULD be motivated.” Don’t feel guilty or ashamed if there is a pressing deadline, but you aren’t taking action. Instead work out something that would motivate you.

Here are Some Ways to Motivate Yourself:

2) Link the task to a bigger goal that does motivate you.
For example, if you are struggling to write a paper for school remind yourself how much you want to get a degree.

3) Set challenges for yourself.
For example, if you are decluttering your house you could set the challenge of finding 10 things to donate to charity in 30 minutes. Or 1 garbage bag of rubbish in 30 minutes. Then see if you can beat that in the next 30 minutes.

Action: Next time you have a task that you can’t get started on, identify what is stopping you and apply these tips!