A powerful tip for ADHD overachievers and perfectionists. 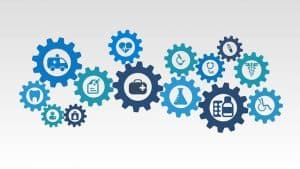 It’s hosted by Bear Grylls and known as the worlds toughest race.

It documents the journey of 64 teams as they run, bike, swim, row, and mountain climb the beautiful yet tough Fiji landscape as they race to finish line.

No technology is allowed, so GPS and smart phones are banned, just old school maps and compasses.

Each team has 4 members and represents different countries in the world and members have personal reasons for taking part.

One team included a father and son.

The father had been doing adventure racing for decades, and his son followed in his footsteps. They were doing this race together because the father had been diagnosed with Alzheimer’s disease, and it will probably be his last race.

It was hard to watch their journey with a dry eye.

There were also twin sisters from India who wanted to inspire other young women in their country to push beyond society’s traditional expectations of what women can do.

And so many other inspirational stories too.

Although the race was physically very challenging, it was the inner strength and grit that got participants through to the finish line.

One team was made up of 4 veterans who had come back from their tour of duty with life changing injuries.

After the first 24 hours (the race took place over 10 days) this team was in last position.

When asked about this, one of the veteranssaid:

“What do you call a student doctor who graduated bottom of their class in med school?

This really stuck with me, and I have been sharing those wise words with clients.

Lots of ADHDers are overachievers, or perfectionist or both.

They are always working hard (often to the determent of other parts of their life) and yet feeling bad about themselves.

This is a powerful reframe.

You can still achieve your goal, complete a task and it does not have to be THE best. It takes the internal pressure off and helps you to have a balanced life.

Being an ADHD perfectionist is something we address in Essentially Brilliant

Come and join us!