Inattentive ADHD can often get overlooked. After all, it’s much easier to spot 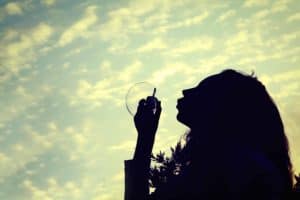 someone who is physically on the move and restless (hyperactive-impulsive) than to spot the person quietly reading and daydreaming.

Predominantly inattentive ADHD used to be known as ADD. While the official name has changed, the symptoms are the same!

The Diagnostic and Statistical Manual of Mental Disorders (DSM) identifies nine symptoms of inattentive ADHD. You can learn how they are used in the diagnostic process here.

In addition to the nine official symptoms, there are unofficial or soft symptoms of inattentive ADHD. Knowing all the subtle ways ADHD may appear in your life can give a huge sense of relief and help you know why you are the way you are.

It’s surprising all the ways that attention regulation difficulties can show up in your life.

Here are 26 Signs of Inattentive ADHD.

1. You find it hard to focus, although you are physically still.

2. Your mind drifts off during conversations. You might have trained yourself to ‘look’ like you are listening so people don’t think you are rude, or your eyes might drift to the nearest window.

3. People close to you complain that you forget things they shared with you.

5. You find it difficult to follow verbal or written instructions.

6. Your physical environment is disorganized even though you try/aspire to be organized.

7. You often lose important items like keys, wallets and passports, which is inconvenient and expensive as well as stressful.

8. You are frequently late for work or meeting friends and sometimes miss appointments completely.

9. You find it hard to complete a task from beginning to end. Even if it’s fun for you, motivation seems to dwindle half way through.

10. Finishing a task becomes extra hard if the task is boring or stressful.

11. It is much harder for you to pay attention in boring lectures or meetings than it is for your non-ADHD peers.

12. You don’t feel motivated to ‘do’ things. You might be called a couch potato or have people say you lack drive, which can feel hurtful.

13. Tasks seem to take you longer than other people.

15. People often describe you as a day dreamer.

16. You might rush through a task to get it over with, and later find you missed parts or made mistakes.

17. You are prone to procrastination.

18. You find it hard to block out noise.

20. You experience fatigue or feel sluggish more than other people.

21. You are sensitive to noise, textures of clothes, etc.

23. Breaking big projects down into smaller steps doesn’t come naturally to you and feels a confusing prospect.

24 You make what appear to be careless errors despite your best intentions.

25. You would describe yourself as shy.

26. You under-estimate your own abilities. How you see yourself is very different from the capable and smart person other people see you as.

Here are some other interesting facts about Inattentive ADHD.

Some people with inattentive ADHD display signs of ‘sluggish cognitive tempo’ (SCT). It is a condition different from ADHD; however there are overlaps.

People with SCT think and process information at a slower speed. Symptoms include brain fog, daydreaming, lethargy and moving slowly, all of which sound familiar to inattentive ADHDers. We tend to think quick equals smart, but ‘sluggishness’ is in no way a reflection of intelligence.

Dr. Russell Barkley, who is a prolific researcher in the field of ADHD, advocates changing the name from ‘sluggish cognitive tempo’ (SCT) to ‘concentration deficit disorder’ (CDD) which sounds less offensive.

More girls and women have inattentive ADHD, compared to their male counterparts.

Historically, ADHD was considered to be something that energetic little boys had and outgrew. This misunderstanding of ADHD meant the ADHD of girls and women with ADHD, and particularly inattentive ADHD, went undetected. Luckily, more is known about ADHD and inattentive ADHD so that it can be recognized and accurately diagnosed.

Inattentive ADHD can be mistakenly diagnosed as anxiety or depression because the symptoms can appear similar. To confuse matters, both anxiety and depression frequently co-exist with ADHD. If you suspect you have ADHD but it hasn’t been diagnosed yet, be persistent and find health professionals who are knowledgeable about ADHD in adults.

Can you have Inattentive and Hyperactive Impulsive ADHD?

Yes! It’s possible to have both Inattentive and Hyperactive Impulsive ADHD. This is called Attention-Deficit/Hyperactivity Disorder, Combined Presentation, or Combined Type. It’s the most common type of ADHD and the most researched. Inattentive ADHD is the second most common.

Need help with your Inattentive ADHD?

If you have inattentive ADHD and would like some practical help, you can book a coaching session with me with. Here is the link to my online calendar and I look forward to meeting you soon