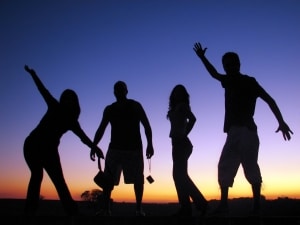 It is ADHD Awareness week, which is a great thing as there are still lots of misunderstanding about ADHD among the general population. Knowledge is power and the more people that learn exactly what ADHD and how it affects individuals   there will be more understanding and consideration, less prejudices and judgements.

Here are some ADHD facts that help to resolve the most common myths:

Fact 1: Children and Adults Have ADHD

People are surprised that adults have ADHD. However, ADHD doesn’t magically disappear. Over time you might learn techniques to manage your ADHD, symptoms become less external and more internal, and less visible to a casual observer. Also as adults you can create an environment that works for you. For example, you might become a sales person that travels around in your car rather than sit in an office all day.

ADHD isn’t a modern day disorder, although it might seem that way because more people than ever before are being diagnosed. There are 3 reasons for this:

1) More is known about ADHD than ever before so more people can be successfully diagnosed.

2) Our lifestyle has changed dramatically in the last 100 years. Jobs require people to sit still for longer periods of time which has forced people to look for solutions to the problems they are facing, when in another job environment it wouldn’t be an issue.

3) Babies born prematurely or with a low birth weight are more likely to have ADHD and thanks to modern medicine more of these babies are now surviving and thriving than in the past.

Medication for ADHD isn’t bad. In fact, it can be highly effective in treating and managing ADHD, particularly when combined with non-medication approaches. People who take ADHD meds are far less likely to self-medicate, by using  street drugs, heavy drinking, smoking which are considered to be more dangerous as they aren’t monitored by a professional. However, the general public still have a very negative view on ADHD medications

Fact 5: ADHD Is A Neurological Disorder

ADHD is a neurological disorder, which means there are differences in the brain of people with ADHD compared to the non ADDer. These differences can be seen in the following 3 areas:

1) Anatomical differences: differences in the size and function of the corpus callossum which connects the left and right cerebral hemispheres and mediates communication between the two. Also, irregularities found in the basal ganglia  (which are associated with motor control, cognition and learning).

3) Functional differences: Brain functioning differences in people with ADHD have been found in the frontal lobes, limbic system and parietal lobe.

Fact 6: These things don’t cause ADHD:

Sugar, food, food additives and allergies, parenting style or a busy lifestyle do NOT cause ADD.

If you know someone who wants to learn more about ADHD, forward this article to them and help spread awareness about ADHD.