ADHD and The 5 Second Rule 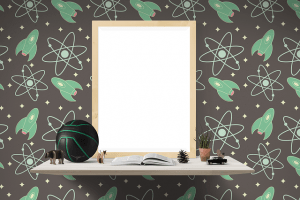 Have you heard of the 5 Second Rule? It is a powerful metacognition technique that overrides the brain’s tendency to squash your good ideas and intentions. By using the 5 Second Rule, you can break the habit loop and start acting on things you have been meaning to do for years.

The 5 Second Rule was discovered by Mel Robbins when her life was spiraling downwards.

Through a series of unfortunate events Mel wasn’t working. Her husband owned a pizza restaurant and while it had won awards and looked successful on the outside, he was working exceptional long hours just to keep it afloat. They were struggling for money and had to accept a loan from her dad to pay their mortgage.

Mel had developed a habit of drinking in the evenings and her confidence and self-esteem was at an all-time low.

Because Mel’s life felt bad, she didn’t want to get up in the mornings to face the day. When the alarm clock went off she felt dread and kept pressing snooze. As a result her family’s mornings became frantic. Her three children didn’t have the essential items in their school bags like homework, lunch or books, and they would miss their school bus.

Mel felt she was failing her kids, and felt even worse about herself.

Every night Mel would say, ‘Tomorrow I will get up on the first ring of the alarm’. She knew if she could just do that, her whole day would be significantly better.
Yet, no matter how good her intentions were at nighttime, come the morning, she would press snooze again.

Then, one evening as Mel was on her way to bed, the TV caught her attention, and she saw a rocket being launched into space. She heard the count down. 5-4-3-2-1 launch!

Mel couldn’t quite believe that something so simple was helping; however, grateful that it was, she started to say 5-4-3-2-1 before everything she wanted to do: finding work, not arguing with her husband and drinking less.

Her husband noticed the positive changes and asked her what she was doing differently. He tried the 5 Second Rule and it worked for him too. Then their friends started to use it, and they also found it powerful.

When Mel did a TEDx talk, she mentioned the 5 second solution towards the end of her talk and it went viral. People tweeted and emailed her their victories as a result of using the 5 second rule.
It was then that Mel decided to do some research into why it was effective.

When someone has an idea to do something, big or small (start a business, get off the sofa) there is always a moment of hesitation. In that moment your brain tries to talk you out of it, it comes up with problems or reasons not to take action:

‘Most businesses fail, that is a lot of work,’ or ‘It’s very comfortable here’ .

Then you feel defeated and stay in your comfort zone.

However, when you have an idea or intention and then start counting backwards from 5 to 1, your brain can not talk you out of it because you are counting. Even your clever brain can’t do two things at once.

Then, because you start to physically move, the prefrontal cortex is activated and rather than slipping into default mode (which would keep you doing your old behaviors), it supports you as you are creating new ones.

Why is The 5 Second Rule Good When You Have ADHD?

Many ADHD behaviors get in the way of you taking action, for example:

People living with ADHD often feel frustrated and annoyed with themselves. They know they have great ideas and the skills to implement them, yet taking action feels just out of reach. This is where the 5 Second Rule comes in. It bridges the gap and gets you out of your head so that you can start taking helpful actions.

No matter how big your goals are or how overwhelmed you feel by your problems, you can make significant changes in your life by taking small steps today.

A positive side effect is that when you start to act on things you have been wanting to do (possibly for years) you develop inner confidence and belief in yourself and your abilities.

If you have impulsivity, you might be thinking, ‘My problem isn’t taking action, I want to STOP acting on things that I regret later’.

The 5 second rule works for this too.

If you act on impulse and realize you are doing something that isn’t in your best interest, count backwards 5-4-3-2-1 and walk away.

If you ordered another drink at the bar, put it down and walk away. If you are arguing with your spouse, 5-4-3-2-1 and apologize or change how you are speaking.

Whatever it is, the 5 Second Rule will help.

Also, when you start implementing the 5 second rule, you become more aware of your thinking and how you are making tiny decisions all day. If you are impulsive, you might notice there is tiny window of time between a thought and action, even if in the past you thought there was none.

The 5 Second Rule helps productivity, lifestyle, career, relationships, personal goals, finances, anxiety and much more. There is no limit to how many times you can use it or how you use it.

A Couple of Key Points to Remember

1) Always count backwards.
If you count forward, you could keep counting all day and never take action.

2) Take action when you get to zero.
To get the full benefit of the 5 Second Rule, it is important to physically move.

1.Try the 5 second rule yourself today!
You can use it for something that has been bothering you for a while, or the very next thing that you catch yourself delaying.

The 5 Second Rule by Mel Robbins

Have you tried the 5 Second Rule?

*There may be affiliate links in this blog post and I may receive a small commission if you make a purchase as a result on clicking one of the link​s​. However I never recommend anything that I haven’t personally used and don’t ​absolutely love. You won’t be charged any more by using one of these links*