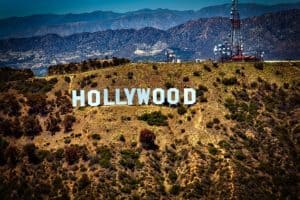 A few summers ago, I had a conversation with a 9-year-old little boy. He had been diagnosed with ADHD because he was struggling in school. He hated having ADHD. It made him feel different from everyone else, and he didn’t think it was fair that he had to struggle so much with things that all his friends found easy. He was so hurt—I really wanted to help, so I asked him a few questions. He loved sports, and the Summer Olympics was fresh in everyone’s mind, so I told him about Michael Phelps having ADHD.

I had never seen such a rapid change in someone’s mood. This little boy was thrilled. He knew he would be OK. In fact, he knew he was going to be more than OK, because ‘clearly’, having ADHD gave Michael Phelps the winning edge!

We aren’t that much different from that 9-year-old little boy. Even though as adults we try to be cool and pretend that celebrities don’t influence us, they do (we live in a celebrity-centric world)! Famous ADHDers can inspire us with their victories as well as their stories of struggle; Michael Phelps was bullied as a child, and Tarma Mellon went to rehab..

Celebrities can show us that using their gifts (often the ones that non-ADHDers want you to get rid of!) is how they became successful, and their success paves the way so that you know success is possible for you, too.

6 Reasons Why Knowing Famous People Have ADHD is Helpful

1) It normalizes the condition – anyone can have ADHD.

2) It shows that it’s possible to have ADHD and still be successful.

3) Their stories can act as an inspiration for us.

4) It validates us. We realize we aren’t alone with quirks and ‘annoyances’.

5) It gives us confidence to use our ADHD strengths.

Here are 15 Famous People Who Have ADHD.

Movie star. Tom Hanks has won 2 Oscars for ‘Best Actor’. He credits his success to having ADHD (not in spite of it). He has starred in many brilliant movies including Philadelphia, Bridge of Spies, Forrest Gump, Saving Private Ryan, The Da Vinci Code and Toy Story.

Billionaire and founder of all things Virgin. Richard has achieved success in many areas of life, including business, relationships and humanitarian work. Learn more about the secrets of his success here.

Swimmer and most decorated Olympian ever! He has a total of 28 Olympic medals – 23 of which are gold medals and has competed in 5 Olympics. Learn about the lessons we can learn from him here.

Singer-songwriter, actor, record producer. JT is an all around performer. He can sing, dance and has incredible stage presence. He is funny, genuine and can fill a huge stadium in 6 minutes.

Everyone loved Robin Williams. When he passed away, the sad news affected people all over the world on a deep level. We know he was a talented actor and comedian and after his death, many people shared personal stories of how he touched their lives. He had empathy and sweetness that resonated with us all.

Founder of Jimmy Choo’s, the luxury shoe brand. Tamara thought of the idea of creating a shoe brand while she was in rehab. When she shared her idea, people suggested perhaps she could work in a shoe store first. However, like many ADHDers Tamara was a big thinker and created the Jimmy Choo empire. You can read all about her life and adventures in her memoir called ‘In my shoes.’

Author of 18 best selling books including, Tribes, Purple Cow and What to do When It’s Your Turn. He is a thought leader, entrepreneur and writes on his blog every day.

The 35th President of the United States. One of the qualities that people who met him use to  describe him was his vibrant energy.

At just 19 years old, Simone Biles holds the title of being the most decorated American gymnast.

Theoretical physicist. There are no words needed to describe this legend.

Singer and actor. Will has won 4 Grammy awards. He is also a 2 time Oscar nominated actor for his role in ‘Ali,’ a movie about Muhammad Ali, and ‘The Pursuit of Happiness’

Oscar nominated actress. Salma is also a director and producer and brought Mexican painter, Frida Kahlo, to life in the movie Frida.

Pop Icon. Britney is a Grammy award winning singer. She has sold 100 million albums and over 100 million singles, making her one of the best-selling music artists of all time.

Oscar nominated Actor, writer, director. Ryan began his career starring in Disney Channel’s Mickey Mouse Club. He has starred in movies  such as The Notebook,  Lars and the Real Girl and The Big Short.

Who is your favorite famous ADHDer? Leave their name in the comments below so we can add to this list!