Is it O.K. to drink caffeine when you have ADHD? 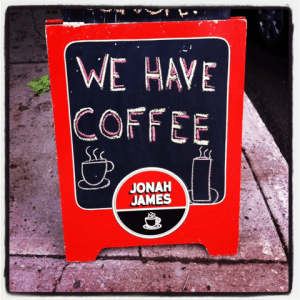 Is it ok to drink caffeine when you have ADHD?

Adults living with ADHD have diverse relationships with caffeine.

Whenever I start to work with new clients, I ask a series of questions to give me a picture of what their lives are like.

One of these questions is, ‘How much caffeine do you drink?’

This is often met with a tiny bit of hesitation and then a guilty admission that yes they do drink caffeine.

You don’t need to feel guilty for drinking caffeine in moderation. And if you do drink more than what is considered to be safe, it could be a sign that your ADHD isn’t managed and you are using caffeine to help out.

This article covers the most common questions and concerns people ask me about caffeine and ADHD. 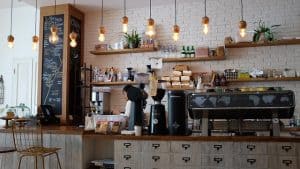 Approximately 90% of adults in the world drink caffeine daily. Caffeine is a socially accepted stimulant and it gets great PR. For example, it’s a newsworthy topic when Starbucks announces its release date for its pumpkin spice latte.

This positive association we have with caffeine is much different from our association with other stimulants such as nicotine, cocaine and some prescribed meds (including ADHD medication).

People feel very passionate about their favourite caffeine drink. Here are some examples

What is your favourite caffeinated beverage?

Caffeine doesn’t just come in drinks. It can also be found in chocolate and caffeine tablets and is a surprising ingredient in over-the-counter cold medications and prescription drugs.

How does caffeine affect ADHD?

While caffeine affects every adult with ADHD slightly differently, here are the commonly reported positive and negative effects.

The pros of caffeine

Here are some of the positive effects you might feel when you drink caffeine.

The cons of caffeine

Here are some of the negative affects you might feel when you drink caffeine.

Caffeine and your type of ADHD

How caffeine affects you might depend on the type of ADHD you have. For example, some people who have hyperactivity symptoms find caffeine has a calming effect on them.

On the other hand, people with inattentive ADHD often say that caffeine ‘kickstarts’ them and their brain.

That isn’t always the case though.

One ADHDer with inattentive ADHD explained her morning coffee helps to ground her emotions and her mind stops flitting as she ‘settles into her body.’

Because caffeine is a stimulant, it usually wakes people up and general wisdom is not to drink it anywhere near bedtime. However! Some people with ADHD find it has the opposite affect and makes them want to sleep.

As counter intuitive as it sounds, this group of ADHDers uses coffee as a sleep aid and they drink a cup before bedtime. Some even find it helps with their sleep disorder.

Reacting to caffeine in this unexpected way is called a ‘paradoxical reaction.’ If this is something you experience and you are having an operation, it’s worth mentioning your caffeine response to your anesthesiologist before surgery.

There is also a middle ground.

Some adults with ADHD find that caffeine doesn’t wake them up or make them sleepy. This group of people can drink coffee all day and still be able to fall asleep at night. They don’t feel jittery or anxious, but neither do they feel ‘switched on’ after a caffeine beverage.

The amount of caffeine you drink could also play a part.

Some heavy caffeine drinkers say that one cup makes them feel sleepy whereas three cups make them feel wide awake.

Although the effects of caffeine on adults with ADHD are varied, how it affects you personally will be pretty consistent throughout the years.

There are two groups of people who self-medicate their ADHD symptoms with caffeine.

People who don’t know they have ADHD

This group of ADHDers stumbled on caffeine at some point in their lives (perhaps in early teens) and found it helped them to function better. They felt more focused and in control after consuming caffeine.

Without even knowing why, they started to include lots of caffeine in their day. People in this group are often super caffeine users.

These ADHDers know they have ADHD and consciously decide to use caffeine to treat their ADHD symptoms. It feels safer somehow than taking ADHD medication.

Can you treat ADHD with caffeine?

I regularly get emails from readers saying:

They might be suggesting flaxseed oil, a homeopathic remedy, meditating or caffeine.

It would be great if there was ONE thing that resolved all ADHD related problems. There isn’t.

Even though caffeine and ADHD medication like Adderall are both stimulants, it’s not as simple as replacing one thing for another because neither is a complete treatment.

It’s easy to see why people think caffeine could be used to replace meds, though, because both are stimulants.

However, while caffeine and stimulant ADHD medication (Adderall, Ritalin, etc.) are both central nervous system stimulants, they work differently on the brain.

ADHD meds increase the amount of neurotransmitters dopamine and norepinephrine in your brain, which means focus and concentration increase.

In contrast, caffeine blocks the neurotransmitter adenosine from taking its usual action of prompting sleep, which means feeling alert, etc.

One client told me that as much as he loved caffeine, when he started taking ADHD medication, he noticed a difference in how the two substances affected his brain and thinking. Thinking was much easier with ADHD meds – it felt ‘complete’ – whereas caffeine helped but didn’t go the whole way.

Can you drink caffeine and take ADHD medication?

If you take a stimulant ADHD medication, then your tolerance for caffeine usually reduces.

Lots of ADHDers say they used to need X number of cups of their favourite caffeine drink to ‘function normally.’ Now they just have one cup for enjoyment rather than a need.

Typically this reduction is organic. You don’t need to rely on will power to reduce your intake. Instead, your interest or desire to reach for a caffeine drink is naturally reduced.

Even so, if you drink a lot of caffeine and are going to be prescribed ADHD medication, tell your prescribing doctor. The side effects of medication can intensify with caffeine.

If you have a health condition and are prescribed ADHD meds, you might be advised to stop drinking caffeine as taking both can heighten the effects of the ADHD meds.

Caffeine and an Adderall crash

A small dose of caffeine can help with a side effect of a stimulant medication.

When ADHD meds wear off, there can be a dreaded crash which feels physically rough and can put you in a bad mood. Just before your meds start to wear off, drink a cup of caffeinated tea.

The tea helps taper the effects of the meds leaving your body and so reduces the severity of the crash. Drink tea rather than coffee because its effects are gentler.

Energy drinks also have lots of hidden sugar and additives in them which aren’t great for your overall heath.

Energy drinks can also change your appetite, both because caffeine suppresses the appetite and because of the empty calories the drink contains.

Nutrition plays a key role in naturally managing ADHD symptoms, and when you aren’t hungry it’s hard to feel interested in preparing a healthy meal.

Also, the strong flavours of energy drinks mean that healthy food, with its subtle flavours, tastes unappealing to the taste buds in comparison.

How does caffeine affect you?

Caffeine affects everyone differently and it’s helpful to know how it affects you personally.

The Mayo clinic says up to 400 milligrams of caffeine per day are safe for healthy adults.

However, listen to your body. You might find that after two cups of coffee the negative effects start to outweigh the positives.

At the beginning of each New Year, adults with ADHD tell me that they are turning a new leaf, getting healthy and then list all things they are quitting. Smoking, drinking and caffeine are the most common.

There is no question clean living is a good thing. However, if you have ADHD and remove a substance like caffeine quickly, it can be disruptive in your life.

As well as the caffeine withdrawal symptoms that everyone gets, you can also dip into a depression and your ADHD symptoms get worse. Your caffeine intake was helping you even if you weren’t consciously ‘treating’ your ADHD with caffeine.

Whether you want to reduce your caffeine or quit completely, try these suggestions.

1. Track (with no judgement) how many caffeine drinks you have each day.

2. Do a Google search and find out how much caffeine is in your caffeine drinks. Are you drinking more than 400 mg a day?

3. Next, start to increase the amount of water you drink. Most people are dehydrated, and if you are hydrated with water, a positive side effect is craving less caffeine. That means it’s easier to reduce the number of caffeine drinks per day.

4. Clean up your caffeine. Start drinking your coffee and tea black, no sugar, no milk. If you drink energy drinks or Coke, switch to a basic coffee. This way you separate sugar from caffeine and you won’t fill up on empty calories.

5. Prioritize your meals. When you are eating healthy meals, brain fog is reduced and you won’t rely on caffeine to clear your fuzzy thinking.

6. Start to exercise. Even 10 minutes a day is better than zero exercise. Exercise helps ADHD symptoms and it is a natural energizer and mood lifter.

7. Experiment with drinking your last caffeinated drink before 12 noon. Notice if it has an effect on your sleep. Do you sleep deeper? Is it easier to fall asleep? There might be a huge difference or none at all but you won’t know till you test it out!

8. Notice what prompts you to have a caffeine drink. Is it a pick-me-up in the afternoon? an excuse to go for a walk? a habit? or a need to focus on a hard mental task? etc.

9. Armed with this information, ask yourself if there something you could do instead of drinking caffeine that would help.

10. Are there times when a non-caffeinated drink would be just as good? For example, whenever I sit down to write, I have this ingrained habit of sitting down with a hot drink. However, I realized it doesn’t have to be caffeinated tea; sometimes, mint tea is just as good.

What is your experience with caffeine? Leave a comment in the section below!

*There maybe affiliate links in this blog post and I may receive a small commission if you make a purchase as a result on clicking one of the link​s​. However I never recommend anything that I haven’t personally used and don’t ​absolutely love. You won’t be charged any more by using one of these links*