ADHD and an Unusual Sense of Fairness 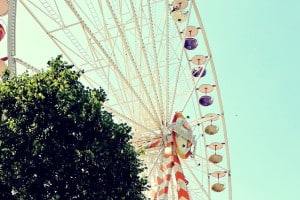 Last week, a blog reader asked me about a trait that many ADHDers have… an “unusual sense of fairness”. As I was replying to that email question, I realized it made a great article topic.

People with ADHD have a very strong moral compass:

Most people say that they value those things. However, someone with ADHD will take action and do something about an unfair situation.

3 Reasons why a sense of fairness is more visible when you have ADHD:

ADDers have a low tolerance for things that aren’t in alignment with who they are. This is why they quit jobs that are boring. A non–ADHDer might be able to put their head down and work in a job they hate for 20 years. Yet, someone with ADHD can’t make themselves do that. Similarly, if a person with ADHD witnesses an event (big or small) that is seen as unfair, they will take action. Someone without ADHD might need to see or experience the same thing many times before they respond.

People with ADHD aren’t restricted by social norms in the way other people are.  For example, they wouldn’t feel obliged to stay at a dinner party (even if the host spent hours cooking), if they weren’t compatible with the other guests. This means they will do things to seek fairness that other people wouldn’t; such as standing up for someone in class, even though it might cause them problems later with their friends.

ADHDers don’t follow arbitrary rules; just rules that make sense to them. If there is a rule that prevents fairness, then a person with ADHD is more than happy to break it.

At an airport, imagine there are long lines at the check–in counter for coach class. Yet the business class line could be empty. Many people with ADHD would take their coach ticket and try to check–in in the business line, because it makes no logical sense to stand and wait in line. This same principle is applied to all situations that don’t seem fair.

Sometimes, ADHD characteristics help with this quest for fairness. For example: impulsively jumping into action when they see or hear something that doesn’t feel right. ADHDers don’t stop to think and wait until later when their energy or sense of urgency has dispersed.

Yet, even people with ADHD characteristics that would appear to work against seeking fairness (social anxiety or debilitating procrastination) will rise to the occasion, and do what is needed in order to right an unfair situation.

The need for fairness can be reflected in career choices and it can influence how people spend their free time. One client spent a lot of his spare time one year helping his neighbor’s child. The child had learning disabilities and needed help to get the right support from the school. There were meetings, long forms to be filled out and a lot of research to understand what rights the child had.

It can also show up in small pockets of time too. For example: counting out the number of carrots everyone has on their dinner plates or reaching for a calculator at a restaurant to make sure everyone leaves the right tip for the waitress.

There are downsides to fairness.
ADHDers can end up feeling completely discouraged and depressed about the world and its problems, the environment, the legal system, etc. They feel powerless to make a difference as they are only one person.

Standing up for other people, means there is less time for their own family, and this can cause hurt feelings because ‘you put everyone else before us’.

Or, they might be considered a troublemaker, too rigid or perhaps the butt of jokes.

Despite the negatives, most people find it very refreshing to be around people with ADHD and their desire for fairness.

Do you have a strong need for fairness?