7 Secrets From a Very Successful ADHDer 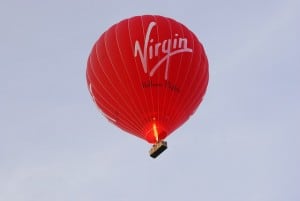 It is always interesting to learn what habits successful people have and how they think. Particularly if they have ADHD.  One of my favorite podcasts, ‘Spartan Up’ interviewed ADHDer, Sir Richard Branson.

Billionaire, Richard Branson has experienced huge business success as the founder of the Virgin group. He is also successful in other areas of life, including a happy marriage of over 30 years, close relationships with his adult children, his humanitarian work, and excellent physical health.

Whatever your definition of success is, the things Richard Branson does and how he thinks, will help you with your ADHD and your life goals.

Here are his 7 secrets that came from the interview.

A morning routine with healthy habits is the best way to set yourself up for success and make sure that you do the things that are important to you before the day gets busy.

1. Getting up very early (though he doesn’t mention how early!)
2. Doing exercise he loves
3. Eating a healthy breakfast

We know exercise is very good for the ADHD brain, and Richard places a high emphasis on exercising. He believes, ‘You have to be fit. If you are fit, you can achieve anything.’

Many ADHDers find it hard to stick to a regular exercise plan. Richard has 2 strategies to help with this.

He does exercise that is fun for him.

For example: He plays tennis every morning with someone that is younger and fitter than him and then goes kite surfing.

Every year, he and his children set a challenge, e.g. run a marathon. That gives his exercise routine a focus as well as being a fun experience to share with his children. “You don’t need to get boringly fit, you need balance in life.”

Sugar isn’t good for the ADHD brain and there is no sugar in this ADHDer’s life! He is passionate about this: ‘Do everything you can to avoid sugar. Sugar is lethal.’

4. Steps Outside of Your Comfort Zone

Richard is a big believer in getting out of your comfort zone. He believes when you push beyond your limits, you get more out of life.

5. Be Accepting of Yourself

It’s much easier to push yourself outside of your comfort zone when you know you aren’t going to be hard on yourself. The overriding message I got from this interview was how kindly Richard speaks to himself. If something doesn’t go as he planned, he doesn’t beat himself up.

When he was traveling around the world in his hot air balloon, he had to be rescued 5 times from the water by a helicopter. While relaying this story, he was laughing. He said he got huge satisfaction from the adventure and wasn’t disappointed that he didn’t get into the Guinness World Records. Instead, he talked about all the beautiful things he got to see on the journey; such as: flying over Mt. Everest and K2. He doesn’t believe we should be embarrassed by our failures, just learn from them and start again.

Many ADHDers are their own worst critics. Negative messages are constantly running through their heads. They get mad with themselves for arriving late, not working as fast as their peers, not reaching the milestones that they hoped to reach by a certain age. They remember criticism from teachers 20 years ago. If you have negative messages continually running through your head, not only is it exhausting and depressing, it makes you want to play safe.

6. Listen to Your Intuition

Even though it’s important to push yourself out of your comfort zone, it’s also crucial to listen to your intuition. Your intuition is there guide you. Richard tells a story of when he didn’t listen to his intuition. He was going to jump from a 100 story building in Vegas and the press were there waiting for him. He didn’t feel good about performing the jump. However, there was a lot of pressure on him, so he didn’t listen to his intuition. He did the jump and injured himself. ‘Know when to pull the plug’.

7. See the Good in People

Richard always looks for the good in people. ‘There is always something special in everyone.’ As kind and non-judgmental as he is to himself, he is the same with others too. He doesn’t hold a grudge and says that the world is small and you never know when you might run into someone unexpectedly.

If you want to listen to the interview yourself, head here!

Your challenge this week, is to pick one thing from the list of 7 secrets and start to implement it into your life. What are you going to do?